Be a Junior Zookeeper

Zootah will be hosting Discovery Families at the Zoo on August 9th, from 6-8 p.m. We have all kinds of fun planned, including a special hunt, games and giveaways for the evening. Stay tuned for more information!

To prepare for becoming a Junior ZooKeeper you will want to explore some of the Top 10 zoos around the world.  This is one of the ways technology has been used for good -- making sights and sounds and wonders available right in homes that we may never have had the opportunity to enjoy without the internet.  You can #UseTech4Good by taking advantage of some of the many, many, MANY sites of this type available online.

Here are some of the Best Zoos in the World to explore:

Sometimes the best or most informative way of getting familiar with a part of the world is first by learning about the animals who call it home, and some of these huge, world-class sprawling animal kingdoms offer that and so much more.

The Berlin Zoo- a brilliant mishmash of animal-centric architecture 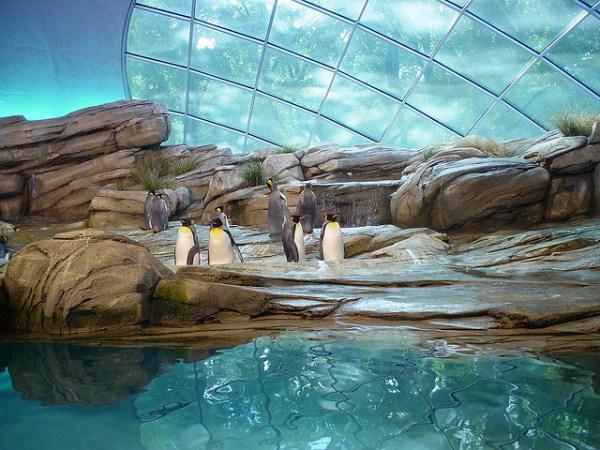 A lot of superlatives could be used to describe aspects of the Berlin Zoo. It's the oldest zoo in Germany (opened 1844), and with 1,500 species and 9,500 animals, holds the most comprehensive collection of species in the world. Subsequently, it is one of the most visited zoos in Europe. It also houses the largest aquarium in the world, with more than 250 tanks on display. However, numbers and superlatives aside, the grounds of this zoo are simply stunning to walk around in, offering enchanting architecture, beginning with their giant scalloped Elephant Gate that looms over two elephant sculptures guarding the entrance. The Hippopotamus House, opened in 1997, comprises two freeform tessellated grid shells flowing like a glass canopy over the splashy mammals, allowing visitors to catch a few above and underwater. 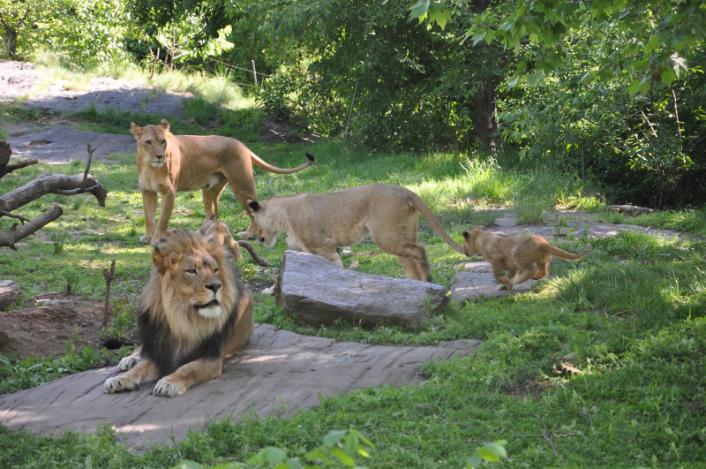 The Bronx Zoo opened to the public in 1899, and in 1903, it became the first zoo in the Western Hemisphere to have snow leopards (several generations later, there are now truly New Yorker snow leopards). During the course of the next century, the zoo continued to expand into one of the world's largest zoos and a major innovator in wildlife preservation and education. With over 6,000 animals spread over 265 acres, the Bronx Zoo has cool little animal-spectating features like deep moats to separate animals from their predators and prey as well as a Wild Asia Monorail to see their naturalistic habitats on a relaxing guided tour past tigers, elephants and rhinos.

The London Zoo is modern, yet Victorian 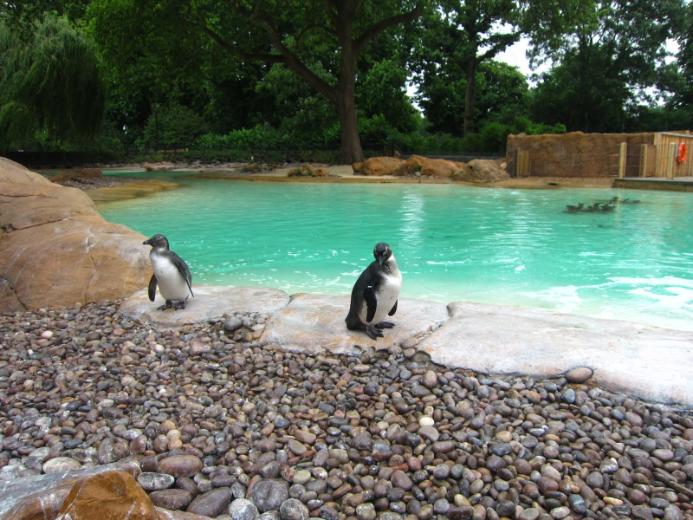 The London Zoo, located on the north side of Regent's Park, has been operating as an animal research facility since 1826. In 1847, the grounds opened to the public. Its success as a family attraction has helped them develop new zoo innovations such as the world's first reptile house (in 1849), public aquarium (in 1853) and petting zoo (in 1938). Since then, the zoo has retained some of its most notable pieces of Victorian architecture while expanding their animals to include the popular Komodo Dragon, Galapagos Tortoises, a wide range of reptiles, tigers, gorillas and more. Particularly noteworthy is their Penguin Beach, which is a circular 12,000-square-meter pool that holds 450,000 liters of water and offers stunning underwater viewing areas. 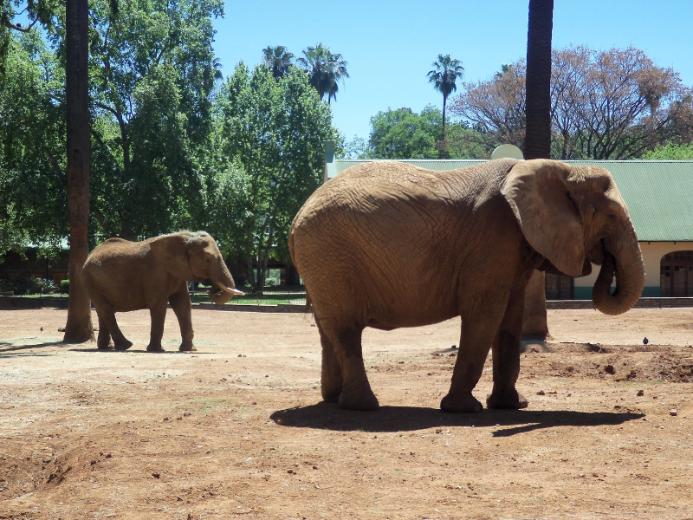 The National Zoological Gardens of South Africa, otherwise known as the Pretoria Zoo, was founded in 1916 and has since grown to encompass 216 acres. Half the zoo lies stretched over flat ground, while the other half is hill-side. Streaming between the two areas is the Apies River, but getting around is as simple as crossing its suspension bridges and following the 6 km of trails and walkways on foot, renting a golf cart, or even catching a ride on the cablecar to the upper section. The journey through the zoo winds through exhibits featuring chimpanzees, various waterbirds and lemurs, smaller primate, marmosets, tamarins, kangaroos, emus, red pandas and ample wildlife only native to the South African wildlife. Over 9,000 individual animals of over 705 types of species call this zoo their home.

Visit the Columbus Zoo for Lions, cougars and bears, oh my! 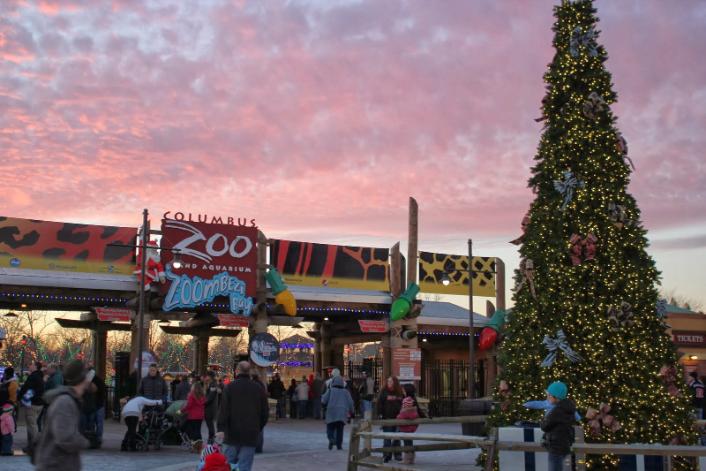 Those who are unaware that Ohio was capable of having a world-class anything will be delighted to know that one of the largest zoos in the world is in Powell, close to Columbus. With over 9,000 total animals spread over 793 species and attracting over 2.3 million annual visitors, the Columbus Zoo has proven to be quite the menagerie and worthy of note; but what makes this place really shine is its world-renowned conservation facilities and fundraising programs to help outside conservation efforts. That, and, unlike most traditional zoos, the Columbus Zoo houses thrilling rides, coasters, drops, spin rides and even a water park. A home to a diverse range of creatures from all corners of the world, the zoo is easily a full day adventure. 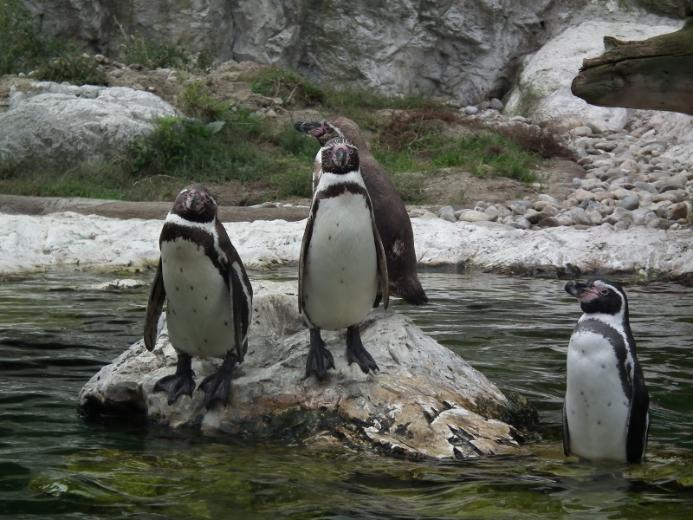 The oldest zoo in the world was built in the turn of the 17th century on the grounds of Schönbrunn Palace, a summer palace for royalty during the Hapsburg Dynasty. Apart from being a breeding ground for exotic creatures, the majestic palace offers a keen lens into history, having hosted the likes of Emperor Napoleon Bonaparte and Mozart. Its ménagerie is no less remarkable, set against the yellow-splashed Viennese answer to Versaille, updated with carefully designed habitats and crawling with beautiful flamingos, pandas, giraffes and a whole host of other animals. Their most popular exhibition by far is the baby panda, the face of which can pretty much blow the brilliant facade of the palace out of the water by comparison.

Want to Sleep with Snow leopards at Sydney's Taronga Zoo? 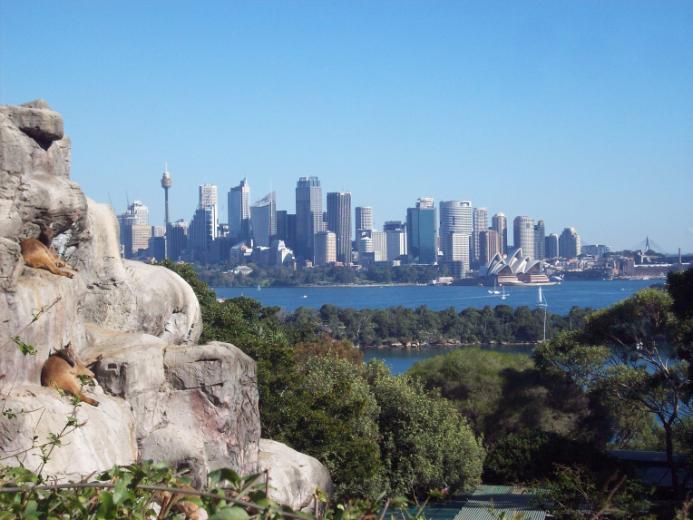 Located 12 minutes by ferry from Sydney, the Taronga Zoo is a fully sensorial Australian experience, engaging the eyes with a breathtaking view of the Sydney Harbour and Opera House before getting a close introduction to some of the wildlife of the Aussie outback. Winding down the scenic trail with a tour guide, visitors can spot giraffes, koalas, African elephants, Australian sea-lions, Tasmanian devils and over 300 other other species. Their shows offer an insightful look into the activities of seals and birds, educational talks by keepers, as well as a chance to nuzzle koalas, feed giraffes and meet a reptile. This zoo even offers visitors an opportunity to stay a night at the zoo in one of their architecturally-designed tents, alongside lions, snow leopards and meerkats and wake up at sunrise to the roar of a lion.

San Diego is a great destination for adults and kids who love animals!  People who want a little adventure in their marine exploration go to Seaworld; families interested in ocean conservation and a deeper look into the habitats of fish and invertebrates hit the Birch Aquarium. For everyone else, the world-famous, century-old San Diego Zoo is home to exotic creatures such as giant pandas, koalas, leopards, elephants, Chinese alligators and more, divided between their ten bioclimatic zones. Visitors can simply stroll from an arctic tundra to a rain forest and get a fairly leisurely nature lesson on their respective inhabitants. Budding horticulturalists can easily take a tour around their expansive botanical garden of over 700,000 plants. Visitors can also take their Skyfari Aerial Tram to get a better idea of the layout and see all of the magnificent animals from a birds' eye perspective. 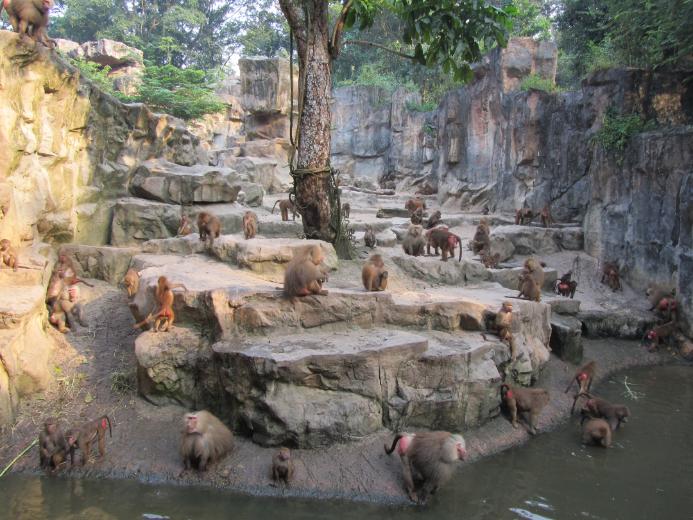 Over 2,800 animals representing 300 species of mammals, birds and reptiles are spread over the 64-acre wildlife park that lies snug in the lush Mandai rainforest. Unlike many other traditional zoos, the Singapore Zoo skews towards open-air exhibits: no cages, only meticulously recreated animal habitats that befit the ones natural to the species as well as special viewing features such as elevated platforms, underwater galleries, glass observatories and even deep moats that separate some more dangerous animals from the viewers. And if the lack of cages didn't make for an interactive enough experience, their regular shows and feedings certainly help visitors get acquainted to their favorite furry, scaly, or supple creatures.

The Beijing Zoo has lots of pandas - one of my favorite animals!

The zoo was in established in 1906 during the late Qing Dynasty and has grown substantially from its relatively humble beginnings as a home to 12 monkeys, two parrots and a blind emu. Today it contains 950 species of animals within its sprawling 219 acres of land, and by far the most popular exhibits in the Beijing Zoo are devoted to rare Chinese animals, most notably the Giant Pandas. Also on display are the South China tiger, Chinese Alligators and Chinese Great Salamander. Visitors can stroll leisurely around the manicured flower gardens, large groves of trees, grassland, streams, lotus pools and small hills atop which sit beautiful turn of the century Chinese pavilions.

Little ones LOVE animals!  Zootah has eighty different species to learn about and interact with.

A junior zookeeper has a LOT to learn about animals. For this Pre-K adventure help your child notice how many different kinds of animals there are around them-- dogs, cats, birds, squirrels, deer, etc.  Perhaps you could go on a nature walk and find as many different species of animals as you can.

You can also help your young child notice that there are many different 'breeds' within a species, i.e. different types of dogs, cats, etc.  If you prefer you can use the internet to explore different animals. Here are some websites to check out:

For the Teen Adventure you can pick anything from the Basic or the Community Engagement level Adventures. Find Adventures Year Round at DiscoveryFamilyAdventures.com

Sponsored by My Discovery Destination! and  local businesses and organizations in your community

for the purpose of

Send an email to Sharilee@MyDiscoveryDestination.com if you would like to learn how we can bring a wide variety of FUN and educational LIVE EVENTS to your community!